The National Land Agency celebrates World Hydrography Day 2019 on June 21, 2019 under the theme: 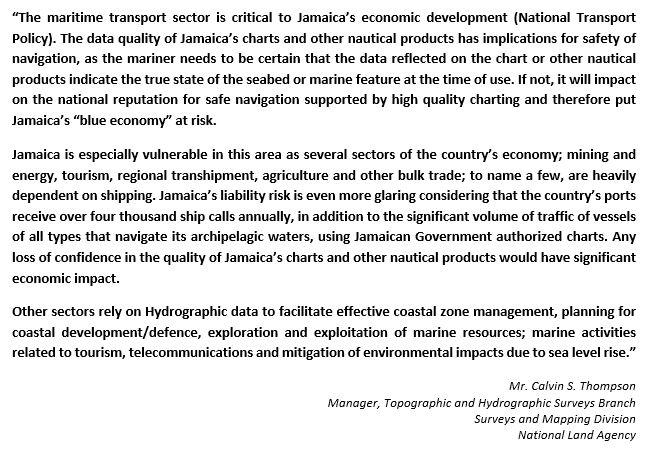 Jamaica’s Participation in the IHO

Jamaica became the 69th Member State of the IHO when it acceded to the IHO Convention in April 2000 (following the initiation of the membership process in 1991) and as such a full member of the regional arm of the IHO the Meso-American and Caribbean Hydrographic Commission (MACHC).

Jamaica has a National Hydrographic Committee (NHC), established in 2006 as a Committee of the National Council on Ocean and Coastal Zone Management (NCOCZM), which is a Policy Advisory Council in the ministry of Foreign Affairs and Foreign Trade.  Membership on the Committee is drawn from key maritime interest groups, and other stakeholders, including: the National Land Agency (NLA), Jamaica Defence Force Coast Guard (JDFCG), Port Authority of Jamaica (PAJ), Maritime Authority of Jamaica (MAJ), Caribbean Maritime University (CMU), Ministry of Foreign Affairs and Foreign Trade (MFA&FT), The University of Technology (UTECH) and the Centre for Marine Sciences at the University of the West Indies (UWI). The terms of reference for the National Hydrographic Commission (NHC) were developed based on a framework provided by the International Hydrographic Bureau of the IHO.

The National Land Agency (NLA), given its mandate for hydrographic surveying at the national level is deemed to be the National Hydrographic Office and is the IHO focal point for Jamaica.

You may visit https://www.iho.int for more information on the International Hydrographic Organization (IHO) and their work. 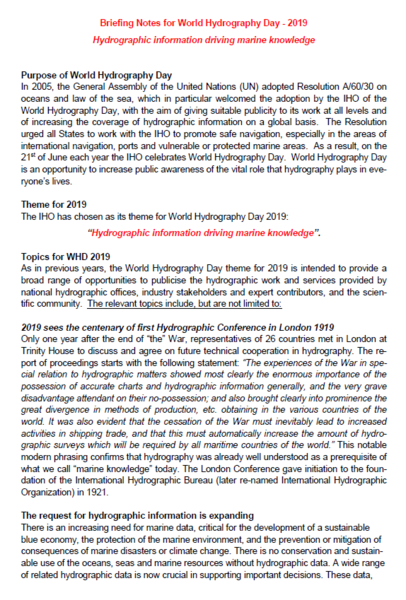 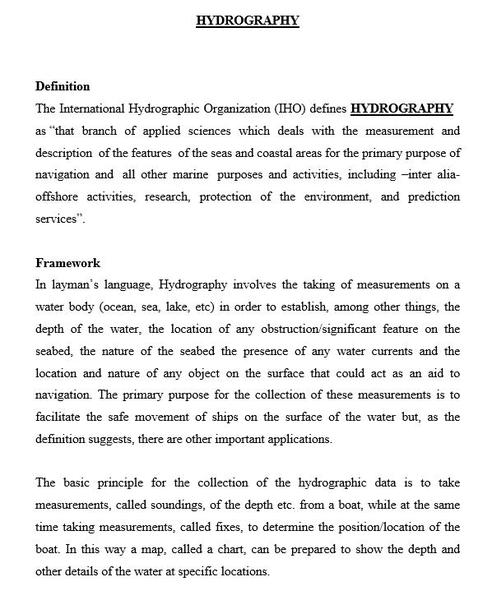 THE APPLIED SCIENCE OF HYDROGRAPHY

For general information about our services, please contact us at: